Rwanda is a country with a unique history when it comes to growing coffee. First introduced in the 1930s, coffee of the time was mostly of lower-quality higher-yield varieties. Unfortunately over the next few decades, little was offered in the way of monetary incentive for producing higher quality, and as a result of this there was little development in the growing industry.

Fast forward to the early 90s, and coffee was one of the main agricultural export crops. This was until 1994, when the country was devastated by a Genocide killing more than 1 million people. It took several years for the country to start to recover from this national tragedy. 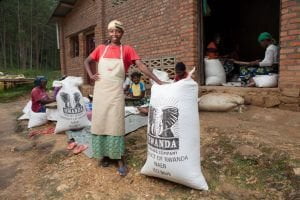 Programs in the early 2000s initiated by the Government aimed to push Rwanda into the realms of specialty coffee, and use the higher prices received from producing a quality crop as one of the avenues for rebuilding the country’s economy.

These days, Rwanda is definitely known as one of the great African producers. Rwanda is another country where coffee is usually identified by the mill in which the coffee comes from. The mills generally service the farmers in the nearby Districts, with most of the farmers having a few hundred trees each.

Gaseke washing station was started in 2016, with this crop being part of an off cycle lower yield season (250 metric tonnes down from 360 metric tonnes). As you can imagine, such a drop in yield can have a massive effect on the profitability for farmers and at the washing station, with the running costs becoming a much larger percentage of revenue when a lot less coffee is produced.

Fortunately – this season the coffee produced was very high-quality, with more than half of the coffee at 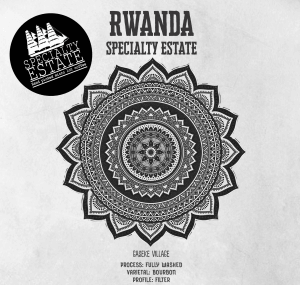 the mill being sold at top prices, and a good bonus being paid to all the farmers to try and help offset the impact of lower yields. Digital financial recording has also helped to streamline financial transactions – with growers being paid on the spot in cash for their cherry.

With most producing countries half way across the world, it is easy to forget the climate in which some of our favourite coffees are grown. Seasonal variations can have a massive impact on the farmer, with lower yields really diminishing the returns for their crop. It is good to hear however that focusing on producing quality, specialty coffee can help alleviate some of the financial issues. Rwanda has gone from strength to strength in the last decade, and it is always exciting to taste these coffees when they come across our cupping table.