Grown at high altitudes this is the most famous of all teas. When steeped a little longer than normal, this tea delivers a strong, brisk flavour that can be enjoyed either black or with a drop of milk.

Yahava’s single-origin Ceylon English Brekky Black Tea is our take on a classic. As a crowd favourite, many love the roasted and sweet yet bitter taste of this drink. Black Tea has the highest caffeine levels of all teas (but still less than half that of a standard coffee). Oxidation enhances the flavour, strength and body of the leaves which releases more caffeine than you will find in other teas, giving black tea it’s strong stimulating character. English Brekky Black Tea (or English breakfast tea as it is more commonly known) is best taken during or after your first meal of the day. A good ‘cuppa’ will lift your spirits, help you focus and keep you energised throughout
the day. 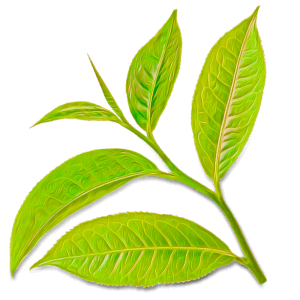 Health Benefits: Black tea contains beneficial compounds called polyphenols that are antioxidants, known to lower the risks of heart disease, suppress some cancers and deter the onset of Alzheimer’s. It also releases caffeine that will increase alertness and focus and interestingly an amino acid called L-theanine, which releases stress and calms your body.

In the mid 1800s, tea was a luxury and each year the first harvests to make it to the docks in London attracted premium prices. Huge and very fast tea clipper ships would race to bring the tea 14,000 miles from China for the thirsty Brits. The term ‘English Breakfast tea’ was coined by an American tea merchant who introduced the hearty blend of Assam, Ceylon and Kenyan teas as a breakfast beverage, to New
Yorkers. Our single origin Ceylon English Brekky is faithful to the tradition of a robust, rich and full-bodied tea. Traditionally when taken with milk, the brewing times can be extended to create more body and flavour, but ease back if you like your tea black 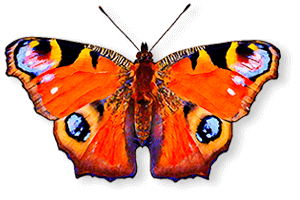 We have chosen the most British of butterflies as the ambassador for this single origin Ceylon tea. The Peacock butterfly was described by King Charles’ first physician, as “having wings that shine curiously like stars and do cast about them sparks of the colours of the rainbow”. These prolific nectar feeders love the British woodlands and flowery hillsides.

What Are The Health Benefits Of Black Tea?
Black tea contains antioxidants, known to lower the risks of heart disease, suppress some cancers and deter the onset of Alzheimer’s. It also releases caffeine that will increase alertness and focus and interestingly, it contains an amino acid called L-theanine, which releases stress and calms your body.
How Much Milk Should I Add To Yahava’s English Brekky Black Tea?
To get the ideal English breakfast black tea, you can add 2 teaspoons of milk after you have steeped a spoonful of black tea in hot water. This creates a smooth, silky flavour that won’t diminish the roasted taste of the robust black tea. However, you can add as much milk as you please, depending on your preferences.
Are Your Teas Available As Loose Leaf Teas Or In Tea Bags?
Yahava’s premium English Brekky Tea comes in tea bags and as loose leaf – depending on your preferred brew methods. When you buy premium tea or tea in Australia from Yahava, you can select your English Brekky Tea in 25 Silk Purse Tea Bags or 125 gram and 250 gram packs of loose leaf tea.
Are Yahava Leaf Teas Available To Purchase In-Store?
Yahava Premium Full Leaf Teas and Tea Bag Teas are available for purchase in select Yahava coffee shops in the region. We have Teas for sale in our Yahava KoffeeWork’s Swan Valley and Margaret River stores as well as in the Lifestyle Hub,  Singapore. Buy Tea Online for Australia-wide shipping through Australia Post.