Yahava’s Masala Chai Black Tea is an Assam tea, that contains a variety of spices including black cinnamon, cardamom, ginger, star of anise and cloves. It is a spicy and robust drink with a strong aroma that can wake you up and refresh your palate. To get a creamy cup, steep Masala Chai in the hot milk of your choice. You can also use our blend of Masala Chai Black Tea to brew your own Chai Tea Latte! 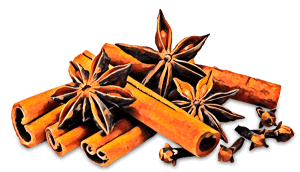 Health Benifits: The list of health-giving attributes is long and as old as time. Each
spice has specific medicinal properties that include reducing inflammation, aiding digestion, fighting colds and beating fatigue.

In Hindi, Masala Chai literally translates to ‘mixed-spice tea’. Indian tea culture has always been primarily medicinal rather than recreational so the addition of spices to tea was a given. The beverage may have been brewed as far back as 9000 years ago but not at that time with tea. There are many different recipes but the spices we use are referred to as the ‘warming spices’, including cinnamon sticks, fennel seeds and cloves of cardamom. While the traditional Chai is made with buffalo milk, fortunately, dairy milk or nut milk is more than an adequate substitute. Masala Chai is not just for the health-conscious, it is a rich spicy and highly aromatic beverage to be enjoyed hot or cold. Although technically a black tea it is commonly referred to as a herbal tea in spite of having no herbs amongst its ingredients.

Brewing Masala Chai Tea
To get the piquant, peppery taste and creamy mouth feel of Masala Chai Tea, take 1 teaspoon of our Yahava Masala Chai Black Tea and steep it in a 220 ml cup of milk heated to 75°c for about 2-5 minutes. Be careful not to burn the milk and use milk alternatives if you desire. Add a slice of lemon for that extra kick! 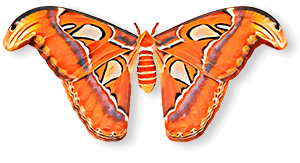 The world’s largest moth has a huge 30-centimeter wingspan. Atlas was the Greek God who held the sky on his shoulders. The intricate ‘map-like’ markings and patterns on the wings are as varied and beautiful as the spices in our Chai. This Asian beauty can be found wherever cinnamon, cardamom, ginger, cloves and star of anise grows.

What Does Masala Chai Tea Taste Like?
Composed of five spices, Masala Chai has a sweet, distinctly piquant and peppery taste all of its own. To make it creamy and silky smooth, steep your Masala Chai in milk (or a milk alternative such as almond or soy) rather than water.
How Do You Make a Chai Latte using Masala tea leaves?
Using Yahava’s Masala Chai loose tea leaves, steep 1 teaspoon of Masala Chai in hot milk and then stir well to create a creamy texture. You can also use a whip, a milk frother or an espresso machine to get the perfect consistency for your Chai Tea Latte.
What Are The Health Benefits Of Masala Chai Black Tea?
Made up of various spices, Masala Chai Tea is rich in antioxidants that can help reduce inflammation and boost immunity. Drinking Masala Chai Tea every day can also aid digestion, reduce inflammation, fight colds and help beat fatigue.
Are Your Teas Available As Loose Leaf Tea Or In Tea Bags?
Yahava’s premium Masala Chai Tea comes as loose leaf. When you buy premium tea or tea in Australia from Yahava, you can select your Masala Chai Tea in 125 gram and 250 gram packs of loose leaf tea.
Are Yahava Leaf Teas Available To Purchase In-Store?
Yahava Premium Full Leaf Teas and Tea Bag Teas are available to purchase in select Yahava coffee shops in the region. We have Teas for sale in our Yahava KoffeeWork’s Swan Valley and Margaret River stores as well as in the Lifestyle Hub, Singapore. Buy Tea Online for Australia-wide shipping through Australia Post.