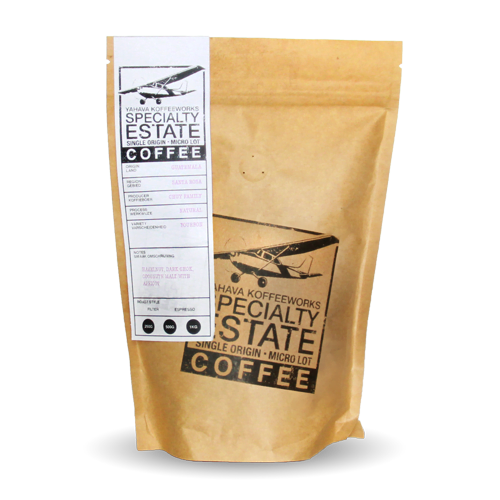 Our Specialty Estate coffees are single origin, microlot harvests from small estates and farms dotted around the coffee belt. All are hand-picked coffees and are purchased on the open market as they become available. These purchases are spontaneous and are difficult if not impossible to repeat, so when the coffee is gone it is unlikely that we can purchase more.

** Discount only applicable when you purchase full kilo bags

The “origin” story of Honduras coffee isn’t clear. Reports vary about when and how coffee first came to the country, some say in the 19th century.
No matter when the plants were first brought here, they have played an increasingly significant role in the national economy- so much so that credit is largely given to coffee from preventing the National government from going bankrupt during financial crisis in 2009.

Despite not being known as famous as other Central American coffee growing countries like Costa Rica, El Salvador or Guatemala, Honduras has quietly become the bigger producer exporting more volume than any other nation in the region and the seventh overall in the world for exports.

What Is Special About Specialty Estate Coffee?
As the name suggests, Yahava’s Specialty Estate Coffee is a limited release of new coffees we have recently discovered. Yahava source these micro-lot coffees in small quantities and only when available. We scour the entirety of the world’s coffee-belt for these gems.
Can I Get Another Batch Of Specialty Estate Coffee?
Depending on availability, you may be able to get another bag of a Specialty Estate Coffee before the end of the month but you will need to be quick. Because they are ‘monthly’ limited-edition coffee beans, we suggest ordering as soon as you’ve taken a liking to the roast.
Will You Be Selling These Coffee Beans Again Or Are They Only A One-Time Thing?
At Yahava, we welcome your feedback and if we hear of a coffee that is popular we will try to secure more. This is not always possible because of the size of the harvests and our ability to secure more. The very nature of a micro-lot Speciality Estate Coffee makes it special and very difficult to obtain.
How Much Does Shipping Cost?
All orders under 2kg cost $6 and all purchases above $150 enjoy free delivery for the Perth Metro area. For shipping pricing and more details, please check our shipping & delivery information page. We ship via Australia Post throughout Australia including to Adelaide, Brisbane, Canberra, Melbourne, Perth and Sydney.